Dorothy’s ruby slippers gets a Kickstart 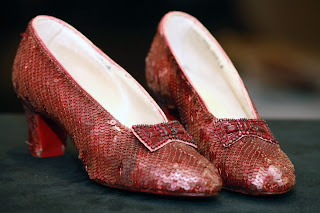 To help fund the repair of Dorothy’s ruby slippers, worn by Judy Garland in the classic 1939 film The Wizard of Oz, the Smithsonian Institution went to Kickstarter crowdfunding for help for the tentatively-titled On With The Show exhibition, opening in 2018. 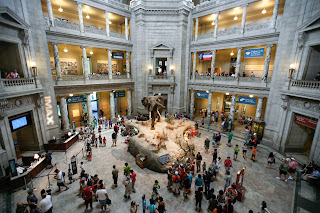 The “world’s largest museum and research complex” receives federal assistance to support core functions such as, safeguarding its collections, building operations and maintenance, and staffing. But it also relies on private donations to support many other priorities, including the conservation and exhibition of precious objects like the Ruby Slippers. The ruby slipper project has now been fully funded, and a “stretch goal” of an additional $85,000 had been set to preserve the Scarecrow’s costume for the same exhibition. 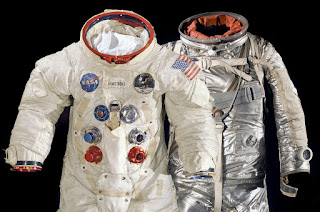 The Smithsonian Institution previously funded a project to preserve the original spacesuits worn by Neil Armstrong and Alan Shepard during their space missions in the 1960s. The project will prepare the suits for display during a major exhibit celebrating the 50th anniversary of the first moon landing.

Read more about Dorothy's Slippers
Dorothy's red slippers: The most iconic shoes in Hollywood's history
Posted by footalk at 12:52 AM No comments:

Cameron Kippen on the history of footwear 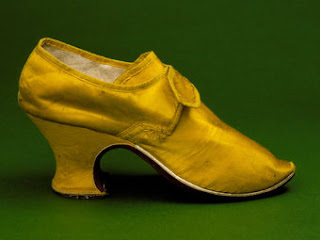 Cameron Kippen on the history of footwear on Midday with Margaret Throsby on ABC Classic FM.
Posted by footalk at 3:02 PM No comments: