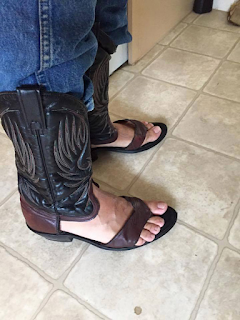 Redneck Boot Sandals are traditional cowboy boots carved and redesigned like a sandal with a toe post and straps. 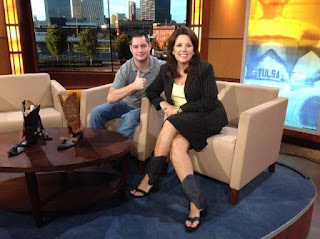 The boots started as a joke when former deputy sheriff, Scotty Franklin, decided to marry cowboy boots with flip flops in 2012. Using his pocketknife, he carved his first pair of boot sandals on a pair of old boots. Walking around Springfield, Mo he not only met with admiring glances but people offered to buy his boots. So he decided to go into business, working in his garage and using only “basic tools”. At first Franklin worked on a design process taking commissions. Soon the business was so successful he was able to buy a leather sewing machine and other professional tools. He continues to do most of the initial cutting at home and outsources jobs to two local cobblers. 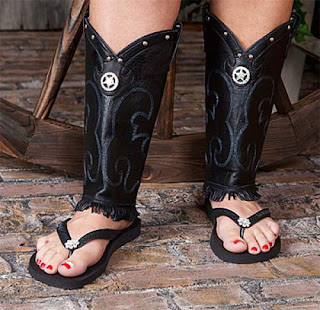 Since the beginning of this year he has fulfilled 1,000 orders and employs a total of eight staff. Orders are placed through the brand’s website and customers ship their own boots for the remanufacturing services, which cost $75, plus $25 for shipping and handling in the continental U.S. To date Texas is where demand for the cowboy-boot-sandals is highest but orders for the novelty Americana footwear come from all over the world. The Redneck Boot Company supports a local charity and donates to Isabel’s House , in Springfield, for child abuse and neglect.

Posted by footalk at 1:15 AM No comments: 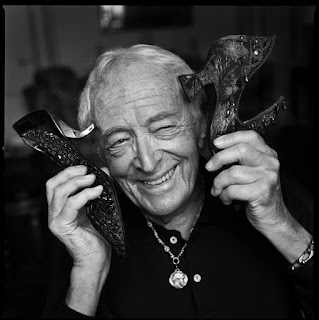 The Roger Vivier “Icons Connected” travelling exhibition starts on the 3rd of May and runs till the 14th of May 2016, at the main mall, Dubai Mall. Ines de la Fressange will grace guests with a much-wanted personal appearance. The travelling exhibition celebrates the evolution from a carriage trade shoe brand to a high-end Parisian luxury accessories brand. On display are vintage signature heels from the 1930’s combined with sketches by Bruno Frisoni of Maison Roger Vivier’s contemporary styles and images of A-listers wearing Vivier, such as Cate Blanchett and, Jessica Chastain, Jennifer Lawrence and Brie Larson. 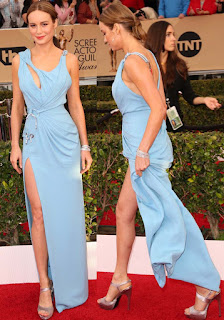 When Christian Dior launched a range of footwear in 1953, Vivier was the craftsman behind the pieces, and ten years later, the Vivier brand was launched. 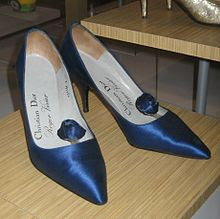 Roger Vivier sandal designed the sandals worn by Queen Elizabeth II wore for her coronation in 1953. The gold kidskin sandals were studded with rubies. 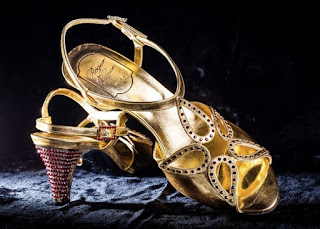 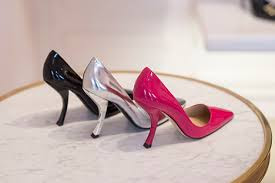 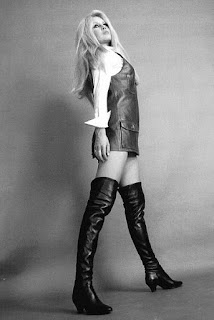 His most iconic design was the Pilgrim pumps with silver buckles (worn by Catherine Deneuve in the film Belle de Jour) and received international publicity and many imitations.

All these and much. much more can be seen at The Roger Vivier “Icons Connected” travelling exhibition, entry free and run in partnership with Al Tayer Group.
Posted by footalk at 10:10 PM No comments: