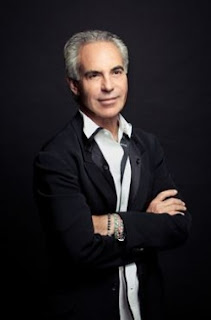 Shoe designer, Donald J. Pliner thinks men are increasingly aware of footwear fashion. Men prefer comfort in their footwear and have shown greater interest in shoes that combine fashion and comfort . Men tend to wear day time shoes that suit their occupation but not necessarily up to date styles. These include lacing classics such as Oxfords and Wingtips (aka brogues). Males are now choosing slip-on shoes to be fashionable and convenient to pass through security systems at business premises and airports. Socially men’s shoes have also become more colourful with white and blue two popular colours. 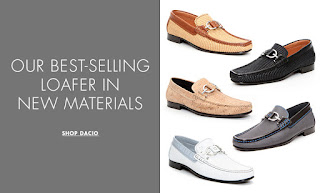 This season loafers are worn with jeans , sandals for summer and boots for autumn and winter. Topsiders (deckshoes) are still popular but trainers less so than previously. Celebrity culture today prefers media types many of which are as transient as the fickle fads of fashion are, here today and gone tomorrow. 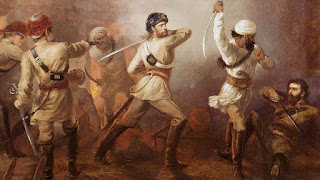 In Victorian times the celebrity culture was predominantly military types who encapsulated the machismo of the time. Both men and women adopted a shoe styles similar to their heroes and wore them as a mark of respect. Four predominant styles were the Wellington boot (worn by Lord Wellington); and the Blutcher boot, known as the Derby shoe in the UK; the Balmoral boot and the brogue shoe. 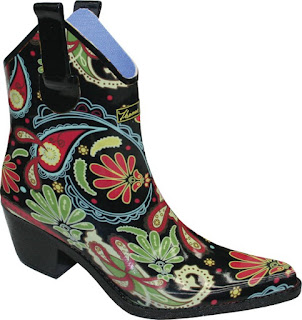 Wellingtons were worn below the knee and provided protection to the shin for horse riders. They allowed cavalry to dismount and walk on terra firma. The style had been taken to the US early and became the preferred boot design for the military. Much later these evolved into modern cowboy boots. The introduction of vulcanization (of rubber) meant wellingtons were made from rubber (gum and hence gum boots). 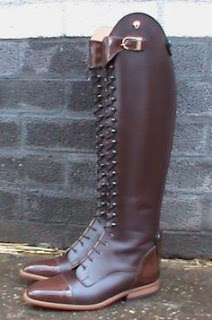 Gebhard Leberecht von Blücher (1742 -1819) was a Prussian general who led his army against Napoleon I at the Battle of Waterloo in 1815. He became a favourite general and wore a modification on oxfords where the laces were part of two pieces of leather independently attached to the vamp. The shoes were called open lacing or Derby in the UK and provided easy access for the broader foot. 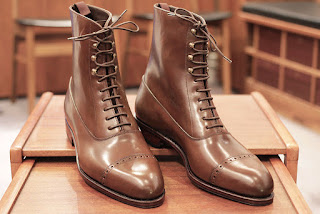 The Balmoral boot was reputedly designed by Prince Albert, husband of Queen Victoria and consummate inventor. He quickly realised the potential of elastic and had boots made for his beloved with elastic gussets. The boots had soft kid leather uppers and resembled modern wrestling boots. The Queen loved to walk across her Balmoral estates in Scotland. The fashion for women to go country walking became vogue and more robust boots and shoes for women resulted. In the US ankle boots became popular with both genders, men wore Congress boots and women preferred intricate lacing like corsets. 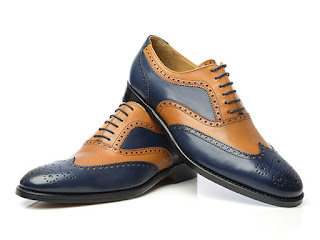 Country gently in England had adopted traditional ghillie shoes (Scotland and Ireland) to walk across moors. Originally these were bags of leather worn over the feet with holes in the upper to allow water to pass from the foot through to the outside of the shoe. From antiquity country people had incorporated intricate patterns of holes which included sacred signs worn for good luck. By Victorian times these shoes had evolved into Oxfords with intricate designs on the toe cap and sides of the shoes, called brogues. 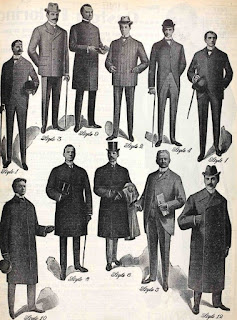 When the English Look was accepted into mainstream US fashion the shoes became known as Balmorals or wingtips. Today the English Look still prevails in men's shoes.
Posted by footalk at 3:24 AM 8 comments: