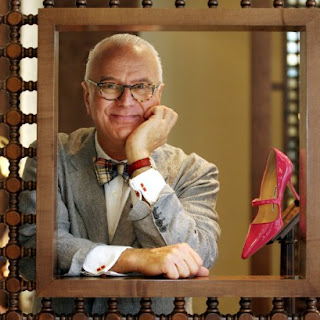 Manolo Blahnik (aged 70 ) is one of the best known faces in shoe design but then self-effacing shoe maven admitted recently he hates having his photograph taken. A multimillionare, the Spanish shoe designer just likes to work and lives in a personal shoe museum. His home in Bath, South West England is reported to house 30,000 pairs of prototype shoes. Blahnik claims he has never been interested in fashion and pays scant attention to the many celebrities who clamber to wear his footwear. Manolo Blahnik became a household name with the TV series Sex And The City, whose fashion obsessed Carrie Bradshaw ( Sarah Jessica Parker ) strutted about Manhattan in never-ending pairs of six-inch “Manolos”.
Posted by footalk at 5:33 PM No comments:

Grenson - Behind The Brand - MR PORTER

Posted by footalk at 2:26 PM No comments: