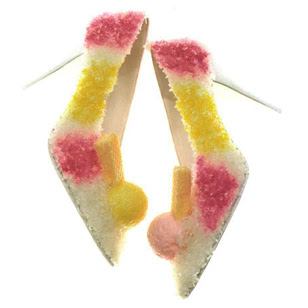 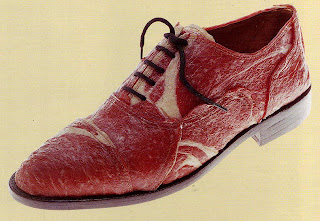 Trompe-l'œil (French for deceive the eye) describes a technique used in art to resent 2 dimensional objects in three dimensions. The resulting optical illusion is chatagorised as a form of "forced perspective," and is is commonily used in theatre design and film making. In 1982 Japanese shoe designer Tokio Kumagai used Trompe-l'œil in a series of shoe designs entitled Shoes to eat (Taberu kutsu). The surrealist footwear collection was inspired by the models of entrees seen in the windows of Japanese restaurants. The shoes were not actually edible but instead made of acrylic or resin using plastic food-sample production methods. The artist graduated in 1970 from the famous Bunka Fashion College before moving to Paris where he worked with Jean-Charles de Castelbaja. Later he moved to Italy to work with Cerruti. He opened his first shoe boutique in 1981 in Paris and soon established himself for playful designs of shoes resembling cars and mice. He openly adapted the work of other artists like Dali, Kandinsky and Mondrian into his hand-crafted footwear. Kumagai's innovative approach and incorporation of a wide range of materials has ensured his shoes are collector's items. Many are on display in museums around the world, including the Metropolitan Museum , New York, Kyoto Costume Institute, the National Gallery of Australia, and the Powerhouse Museum of Science and Design, Sydney.
Posted by footalk at 5:07 PM No comments:

Notice of shoe program in Singapore and passed on in good faith. 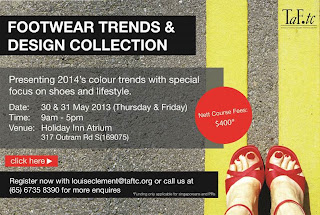 Posted by footalk at 7:50 PM No comments: 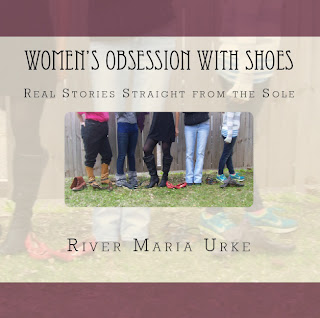 Women's Obsession with Shoes: Real Stories Straight from the Sole by River Maria Urkeis a collection of twenty-one stories about life through a pair of shoes. The stories range from a lost pair of moccasins at a Pow Wow to a six-foot woman making a claim on a man's chest in stiletto boots. Every story is told in the woman's voice as if you were sitting next to her while she told the story. Some of the stories will spark memories while others will be entertaining in their own way. An interest read.
Posted by footalk at 4:37 AM No comments: 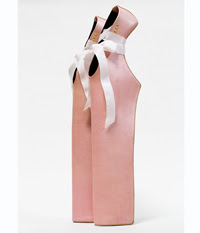 The Museum at the Fashion Institute of Technology (MIT) exhibition called “Shoe Obsession has just finished. The purpose of the collection was to examine contemporary culture’s fascination with extravagant and fashionable shoes. On display were over 150 examples celebrating the most extraordinary shoe styles of the 21st-century. Shoe Obsession featured extraordinary styles from major fashion houses such as Azzedine Alaïa, Givenchy, Alexander McQueen, and Prada. Other exhibits included the works of avant-garde designers such as Kei Kagami and Noritaka Tatehana. The exhibition also included highlights from the incredible shoe collections of several stylish women, including jewelry designer Lynn Ban and fashion icon Daphne Guinness. The exhibition was accompanied by a book, also titled Shoe Obsession , published by Yale University Press. In addition to essays by Steele and Hill, the book features more than 150 color photographs of exceptional 21st-century shoes. All royalties from sales of the book will benefit the Fashion Institute of Technology.

Posted by footalk at 4:15 AM No comments:

Out of the Box: The Rise of Sneaker Culture

The latest exhibition at the Bata Shoe Museum is called Out of the Box: The Rise of Sneaker Culture and will open to the public on April 25, 2013. This is the first exhibition in North America to showcase the history of sneaker culture and features over 120 sneakers representing the past 150 years. Visitors to the Museum will see the historical beginnings of the sneaker from its emergence in the 19th century to becoming one of the most democratic forms of footwear in the 20th century to its current position as status symbol and icon of urban culture. Rare sneakers from the archives of adidas, Nike, Reebok, PUMA, Converse and Northampton Museums and Art Gallery, and loans from rap legends Run DMC, sneaker guru Bobbito Garcia aka Kool Bob Love and Dee Wells from OSD will be featured. The exhibition will also include the latest designs from fashion designers, including Christian Louboutin, Pierre Hardy, Lanvin and Prada, as well as exceptional limited editions. A particular highlight is the handpicked sneakers and sketches by Nike designers Tinker Hatfield, Tobie Hatfield, Mark Smith and Eric Avar. In addition to the lenders already noted, the Bata Shoe Museum's sneaker holdings are complemented by loans from individuals and organizations, including PONY, Ewing Athletics, Mache, Phillip Nutt, Thad Jayaseelan, Sheraz Amin, Christian Louboutin, Chad Jones, Matte Babel and contemporary artists Tom Sachs and Shantell Martin. The exhibition was designed by industrial designer Karim Rashid. Out of the Box: The Rise of Sneaker Culture will be on view until March 30, 2014.
Posted by footalk at 9:19 PM No comments: 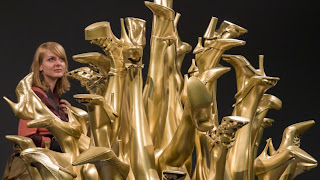 There is a shoe exhibition at the Grassi Museum für Angewandte Kunst of Applied Arts in Leipzig, On display are over 200 shoes, many are one-off exclusives designed as works of art. The theme is to "challenge traditional notions of shoe design and the special relationship which exists between people and shoes. The exhibition runs until 29th September 2013.
Posted by footalk at 11:04 PM No comments:

Winnie Peng (Puhng) is Senior Project Manager for China Product Sourcing and Marketing Ltd. (CPSM). She hopes to encourage would-be footwear designers to turn their sketches into actual shoes. According to Peng the two most important factors for a shie designer to know is the actual cost of producing shoes and importing them from the shoe factory; combined with a good marketing plan in place to sell the new range, once made. Most would be shoe designers have the mistaken idea that ‘everything's cheap in China’ and never realize that it takes hundreds of dollars just to create a prototype and many have no idea of the cost for the full-production order. She hopes to overcome these short falls with a series of training videos to help educate and inspire a new generation of footwear designers to great success. Richard Alele contacted Peng four years ago and wanted to start a shoe line. Keen to succeed the two worked together and developed Star Rich Shoes.com. More information at www.shoe Manufacturer.com

Posted by footalk at 4:42 PM No comments: