Lotus shoes for bound feet were always highly decorated and fabulous works of art. Some even included instructions to the bride on how best to pleasure her lover. 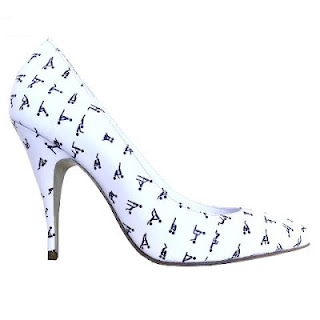 Posted by footalk at 5:11 PM No comments:

Shoes as a source of first impressions: New Study

A new study entitled "Shoes as a source of first impressions" from the University of Kansas, suggests people can judge other people by their shoes. Researchers asked one group of participants to submit photographs of the shoes they wore most often. A separate group of 63 participants were then asked to study the 208 photos and judge a number of factors about their owners. The researchers found by examining the style, cost, colour and condition of the shoe, participants were able to guess roughly 90 per cent of the owner's characteristics,including age, gender, income and agreeableness. People tend to wear shoes that reveal their personality, whether or not they are always aware of it. According to the researchers, "shoes convey a thin but useful slice of information about their wearers." It appears high income people wear expensive shoes. Extroverts tend to own flashy and colourful footwear. Conscientious people keep their footwear spotless despite whether they are new or not. Liberal thinkers tend to wear shabbier and less expensive shoes. Agreeable people wear practical and functional shoes. Aggressive personalities prefer ankle boots. Calm personalities appear to prefer shoes that look uncomfortable. The full research report will be published in the August edition of Journal of Research in Personality.

Interesting links
Eisman K 2002How to tell a man by hs shoes Andrews McMeel Publishing
Cleary M 2005 The Perfect Fit: What your shoes say about you Kippen C 2012Shoes ‘r’ Us
Posted by footalk at 2:25 AM No comments:

New Book: Women from the Ankle Down: The Story of Shoes and How They Define Us 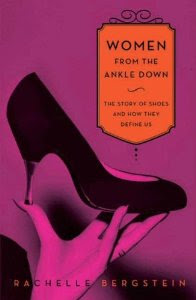 A new book from Rachelle Bergstein. From the story of shoes in the twentieth century she attempts to answer some of life’s mysteries. An avid shoe collector from an early age the author works as an editorial consultant for a literary agency and traces the history of 20th Century fashion shoes from Ferragamo to Manolo Blahnik. Bergstein also tracks the birth of the stiletto in the early 1950s, the popularity of Vans and Chuck Taylors in the late 1980s and Mary Janes in the 1990s. She exhaustively details how the shoes became iconic, the type of woman who wore them and how pop culture contributed to the popularity, like “Saturday Night Fever” and platforms. The pop culture moments not only depict what the zeitgeist was like at the time, but it also helps illustrate just how the shoe came into its own. Bergstein shows how the story of shoes is the story of women, told from the ankle down.
Posted by footalk at 6:00 PM No comments:

From Getas to concealed platforms: Watch your step

Noritaka Tatehana is a shoe designer responsible for Lady Gaga’s clog-like shoes Indeed his creations which are between 25 and 46 centimetres (10 to 18 inches) off the ground have become her signature icon. As a result the Japanese designer’s footwear is in such high demand despite their $US 15,000 price tag. Lady Gaga has more than 20 pairs of shoes of his shoes and all are hand crafted to fit her feet. 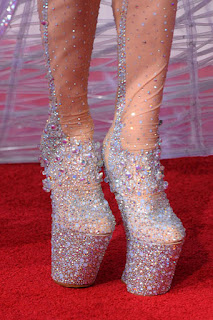 Inspiration for his sky-high platforms originated from the traditional geta shoes worn by geishas. 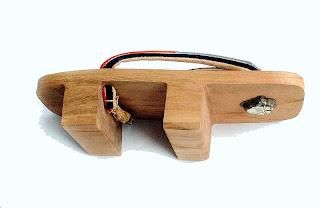 In his Tokyo workshop there are dozens of shoes in various stages, from ideas to completed pairs covered in Swarovski crystals or golden studs. The 26 year old was still only a student at the Tokyo University of the Arts when he began his career. The shoes he created as part of his graduation thesis were to become the first pair for Lady Gaga. When the fashion designer announced his creation in an industry-wide email, one of only three responses happened to come from Gaga’s stylist. Tatehana’s designs have been displayed at New York’s Fashion Institute of Technology Museum, with curator Valerie Steele commenting that he is one of the most important shoe designers of this generation. His “heel-less” high-heeled shoes have revolutionized the idea of extreme footwear, she says. The secret of Tatehana’s shoes is his designs transfer the mass of the wearer from the heel to the ball of the foot. Lady Gaga can walk and dance in her as if shoes as if she were on tip toes. The popularity of Tatehana’s high stacks has seen the rise of concealed platforms as the new fashion vogue for the glitterati. However sometimes what seems a good idea on the drawing board may result in challenges to those not so well schooled in deportment. X Factor (UK) judges, Tulisa Contostavlos and Mel B (aka "Scary Spice" from the Spice Girl) found themselves teetering on the bring recently when they attempted to negotiate stairs in their fashionable concealed platforms. Both nearly came a cropper in front of the paparazzi.

Posted by footalk at 2:57 AM No comments: