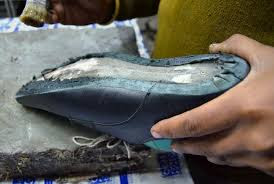 There are many ways to attach the sole to the upper but only a few methods are used in mass production. Shoes were traditionally made by moulding leather to a wooden last. Modern technology has introduced new materials and mechanised much of the manufacture. Remarkable as it may seem the manufacture of shoes remains fairly labour intensive. No matter the type of construction the first stage in construction is to attach the insole to the under surface of the last. Two main operations follow: Lasting describes when the upper sections are shaped to the last and insole. Followed by Bottoming, where the sole is attached to the upper. The process of bottoming will determine price, quality and performance of the shoe.

Cement Construction (also known as 'Stuck on construction' in the UK; or the 'Compo Process’) is used for lightweight and flexible shoes and the outsole is stuck to the upper by adhesive. Bonwelt is another variation with its distinguishing feature being a strip of welting attached by stitching or cementing to the top edge of the insole. The shoe is then flat lasted. This is not a true welt construction wherein the welt is attached to the rib of the insole. 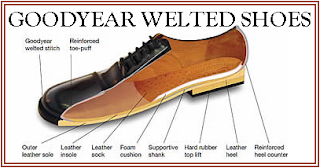 Goodyear Welt is used for high quality dress and town shoes, the top section (or welt) is chain stitched to the upper and insole rib at the point where it curves under the last. This is supplemented by a lockstitch out seam bonding the welt and outsole. The outsole is then sewn to the welt around the edge. Goodyear Welt creates heavier less flexible footwear and the process is regarded as the sturdiest of all shoe constructions.

Stitchdown (also known as Veldt or veldschoen) is a cheaper method used to produce lightweight flexible soles for children's shoes and some casual footwear. Here the upper turned out (flanged) at the edge of the last and stitched to the runner. In some countries it is known as 'veldt' and 'veldtschoen.' The technique is used for lower priced footwear.

Mocassin is considered to be the oldest shoe construction this consists of a single layer section, which forms the insole, vamp and quarters. The piece is moulded upwards from the under surface of the last. An apron is then stitched to the gathered edges of the vamp and the sole is stitched to the base of the shoe. This method is used for flexible fashion footwear. The imitation moccasin has a visual appearance of a moccasin but does not have the wrap around construction of the genuine moccasin.

Moulded Methods have the lasted upper placed in a mould and the sole formed around it by injecting liquid synthetic soling material (PVC, urethane). Alternatively, the sole may be vulcanised by converting uncured rubber into a stable compound by heat and pressure. When the materials in the moulds cool the sole-upper bonding is complete. These methods combine the upper permanently into the sole and such shoes cannot therefore be repaired easily. Moulded methods can be used to make most types of footwear.

Force Lasting (also known as Strobel-stitched method or sew in sock) has evolved from sport shoes but is increasingly used in other footwear. The Strobel-stitched method (or sew in sock) describes one of many force lasting techniques. The upper is sewn directly to a sock by means of an overlooking machine (Strobel stitcher). The upper is then pulled (force lasted) onto a last or moulding foot. Unit soles with raised walls or moulded soles are attached to completely cover the seam. This technique is sometimes known as the Californian process or slip lasting. 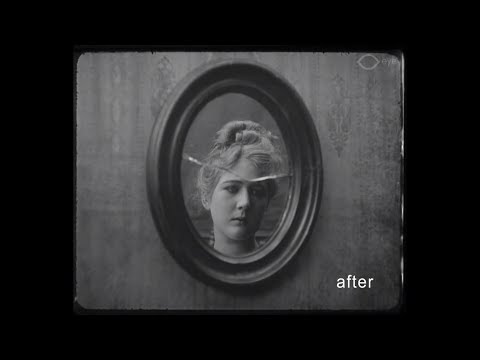